What are the negative side effects of too much screen time?

From young children to working adults to even the elderly, most of us Singaporeans get a fair amount of daily screen time from the numerous digital devices that we own. We consume so much content from our digital screens that it’s easy to forget the negative side effects of too much screen time. However, with research showing that excess screen time can impair brain development or even lead to long-term medical conditions such as diabetes, it’s time to stop ignoring the risks of overdosing on our screens. 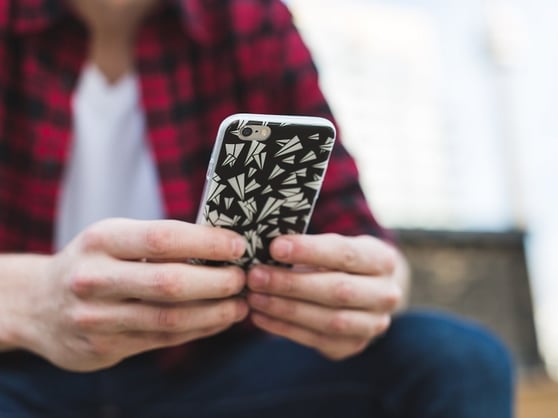 The consequences of too much screen time

• Physical strain to your eyes and body

Spending long hours staring at a screen definitely takes a toll on your body, especially your eyes. Excessive screen time not only strains your eyes and leaves them feeling dry, but can also lead to retina damage and blurred vision. Myopia is already a big problem that plenty of Singaporeans face and staring incessantly at a screen only worsens existing conditions. Furthermore, being constantly hunched over (like how so many people tend to do with their smartphones) also affects your posture and can cause stiffness and pain both the neck and shoulder.

The amount of screen time you clock has a direct impact on how much sleep you are getting, given that the blue light emitted from digital screens interferes with the production of the sleep hormone melatonin in your body. This is why using digital devices right before bedtime makes it much harder for you to fall asleep. Research has found that Singaporeans aren’t getting enough sleep and cutting our screen time certainly makes for a good solution to this problem!

The passive, sedentary nature of digital device usage means you are depriving yourself of physical activity and exercise. This contributes to increased weight-gain, especially if you tend to snack quite a bit while watching TV. Furthermore, the numerous fast-food commercials on TV also tempt many of us into eating more unhealthily. Simply watching two more additional hours of TV each day can significantly increase the risk of becoming obese.

The increased risk of obesity also makes you more vulnerable to chronic diseases such as type 2 diabetes, heart disease and cancer. Scientific research has shown that spending long hours sitting when using digital devices can cause a spike in insulin and blood glucose levels, and also lead to an accumulation of fat in your bloodstream. Spending less time on screens and more on being physically active can definitely help you avoid these problems!

One of the scariest consequences of excessive screen time is its effect on one's mental health. Too much screen time alters the very structure of your brain by causing the grey matter that’s responsible for cognitive processes to shrink, as well as deformity to the white matter that serves as the network to the brain’s signal communication. This manifests itself in the form of poorer concentration, weaker memory, slower information processing and weaker impulse control – these effects are particularly worrying when it comes to children, whose brains are still developing.

Using digital devices is a largely solitary activity – we don’t have much real-life interactions when we are preoccupied with what's happening on the screen. This could lead to increasing anti-social tendencies and feelings of withdrawal. With children in particular, this precious opportunity to develop important social skills through playing with their friends is lost when they spend time on digital devices instead.

Too much screen time also affects your ability to register and process emotions. Desensitisation to violent content is one particularly worrying side effect of weakened emotional judgment. According to scientific research, exposure to violent media content can also increase aggression levels, especially in younger children and adolescents.

When it comes to young children, the alteration of the brain’s structure due to excessive screen time can impact their learning abilities. In particular, children who watch more TV have more difficulty picking up languages – this delay in learning can be as much as 50% higher for every 30 minutes spent watching the TV. Letting kids watch educational programs may not be the best way to educate them either – young children learn better by physically exploring, and letting them watch shows passively hinders their brains from being active and engaged.

Finally, spending too much time in the virtual world of screens can also have a negative impact on how you perceive yourself. The time you lose that could have been spent on forming relationships with other people, discovering and honing your passions, and creating new experiences leads to a weakened sense of self-identity and confidence. When the bulk of your time is spent on social media sites, this problem is exacerbated because you may end up worrying more about your virtual self-image instead of your real one. For children and youth, the dangers of cyberbullying and self-image issues are particularly worrying.

Perhaps one of the most worrying consequences of excessive screen usage is how it sends your brain into an addictive state. The rush of the pleasure-inducing dopamine we get from using our digital devices activates our brain’s reward centre and insidiously makes us crave more. This is why many of us find ourselves trapped in a cycle of screen addiction. 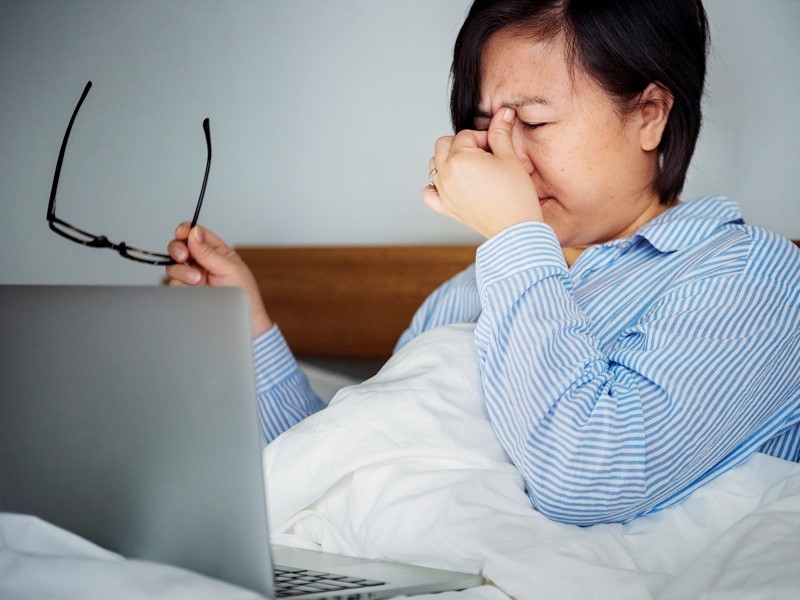 What leads to screen addiction?

Addiction, be it in any format or to any substance, can be viewed as a biochemical consequence where the body craves having the reward centre of its brain constantly stimulated. Pursuit of pleasurable activities results in the release of dopamine, one of the three major “feel good” hormones (the other two being endorphins and serotonin). Just as how the body responds with a burst of energy upon the consumption of a caffeinated beverage, the mind experiences a sense of euphoria that's the result of a dopamine rush. The problem: the body becomes desensitised to this feeling over time (par for the course with all forms of stimuli). As a result, it seeks similar experiences of a higher intensity to make up for it.

This is essentially how screen addiction is developed within individuals. Digital devices now occupy a significant area within our personal space and technology has integrated itself into multiple facets of our lives. From the essentials like food to luxuries such as home movies, practically all forms of consumer-level technology are geared towards generating a rewarding experience. Addiction can occur at any stage of life too; an elderly individual can just as easily fall victim as a toddler. Frequent exposure, be it the result of a conscious or unconscious decision, is enough to trigger a neurochemical cascade of reactions that may be minor at first, but will in fact snowball over time if left unmitigated.

Another reason behind our growing addiction to digital screens is the culture of instant gratification that has risen over the years. As technology progressed, we started to demand more results at a faster rate. Unfortunately, devices like the smartphone and the tablet were perfectly tailored to suit this new demand. Combined with the high-speed capabilities of the Internet, handheld devices were able to spit out content like news, search results, and social media at an astounding rate.

To the brain, information is like food. Unlike food however, information doesn't take up any real physical space. As a result, the brain continues to consume unabated. Does staying up to the wee hours of the morning while hopping between YouTube and Instagram sound familiar? Even the consumption of useless information (as long as when done in a relaxed state) can trigger a release of dopamine. For the mind, the only constraint at play here is fatigue, which is how late-night screen sessions typically end – tapping out due to tiredness.

Now even though no one likes waking up feeling like they only had half the amount of sleep they actually had, the connection it makes between the two events (watching screens till late and feeling dog-tired the following day) is only surface-level. What it DOES remember is that it had a ball of a time the previous night, and with a new day comes another opportunity to relive (or outdo) that exact experience. Hence, the cycle repeats itself. 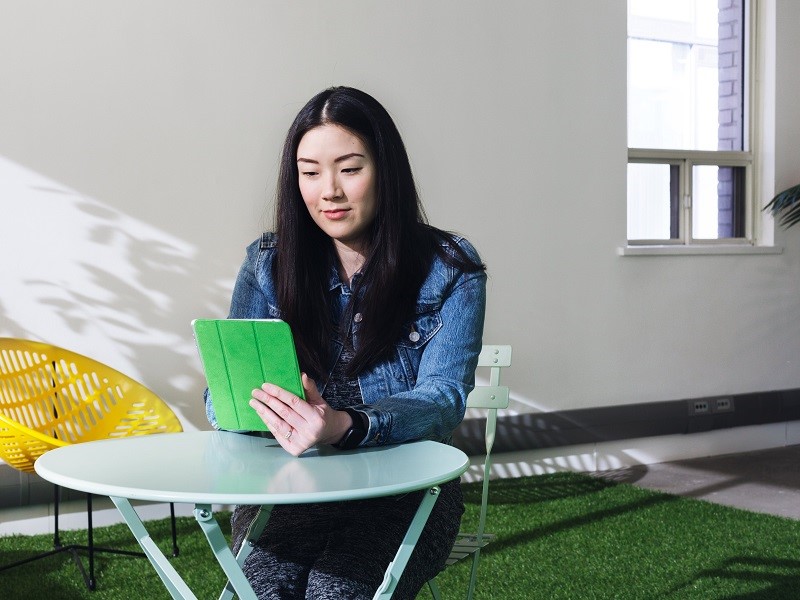 There is no uniform approach to combating addiction. Much of it depends on the individual, the kind of lifestyle they lead, the resources they have access to, and the severity of the issue. While seeking the opinion of qualified health and wellness practitioners like the ones at the Active Health Lab can be helpful when it comes to defining a workable solution, involving close friends and family works just as well. Informing them of your situation and your commitment towards remedying it gives them the opportunity to get on the same page as you, and it becomes much easier to include them in your plans. You can also make an arrangement to hold yourself accountable, such as imposing timed curfews for screen usage and penalties for slip-ups.

Optimising your environment to suit your goals is another step you can take. Things like keeping your smartphone out of the bedroom, designating the dining table as a screen-free zone, and seeking alternative activites to de-stress are extrinsic measures that can keep you on track by eliminating temptation and teaching yourself new ways to experience life.

Dr Richard Swinbourne, PhD., a senior sport dietitian and sleep scientist at Singapore Sport Institute, shared: "It is also a good practice to switch on the night mode and lower screen brightness when you are using your device in the evening. This will allow melatonin to be produced earlier in the night, which leads to improved quality of sleep."

Digital devices have become such an indispensable part of our daily lives that getting rid of them would be almost impossible. Besides, it’s unnecessary to go to such lengths – simply limiting your screen time can go a long way towards protecting you from the consequences of excessive screen. The less time you spend on your screens, the more time you have to spend with your family and friends!

How to manage your screen time during and after circuit breaker?

What screenome can do for you that screen time can’t