Should you prioritise exercise over sleep?

You try to wake up early to go to the gym, but usually find it very hard to drag yourself out of bed. Perhaps that leads you to stay up an extra hour after a long night working overtime just so you can fit in a short jog around the neighbourhood. 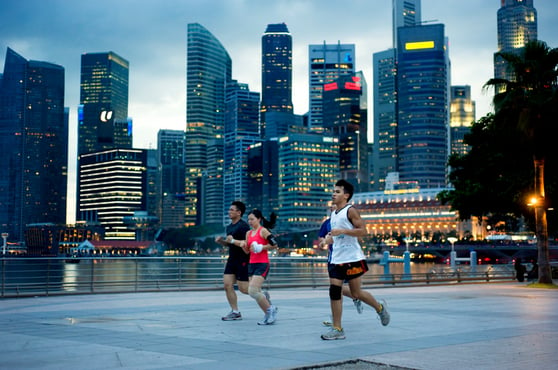 If you are like most busy Singaporeans, you must have experienced the above situations before. The big question soon arises: Should you sleep more, or try to exercise instead? To address this struggle, ActiveSG spoke to Richard Swinbourne, a sleep scientist from the Singapore Sports Institute.

“If someone is getting less than seven hours of sleep per night, then they should not get up early and sacrifice sleep for exercise,” he said, adding that TeamSG athletes prioritise their sleep over anything else as well, especially during high-intensity training periods.

In fact, having a good night’s rest has been found to improve reaction times, accuracy, and speed of an athlete’s performance. Lack of sleep, on the other hand, causes more mental errors and increases the probability of injuries.

Besides, Swinbourne assures that skipping a workout once in a while will not affect your overall progress, as long as you are keeping up with regular physical activity throughout a week.

“The body works on averages too. As long as you get that average physical activity throughout the week, you’ll be fine. If you miss a given day, you’ll be fine too,” said Swinbourne.

As compared to not exercising at all, Swinbourne encourages people to get active whenever they find the opportunity to. However, one can adjust their workouts according to the time of day.

“Generally if someone’s going to exercise in the morning, most people will find a lower-intensity exercise session a little easier, because your body is still waking up,” he advised, suggesting a light jog or yoga.

When it comes to night time, he advised against intense workouts such as HIIT, as it can affect sleep quality shortly after.

“[It] makes them hot and sweaty, and it takes a lot of winding down from there, [affecting] their ability to get to sleep,” said Swinbourne, adding that getting in a cold shower or an ice bath will help to reduce the body temperatures quickly for a good night’s rest.

With Singaporeans sleeping less than the recommended levels, Swinbourne emphasised that it is important for people to listen to their bodies, and give themselves the rest that they need.

He suggested taking a 20 to 30 minute nap in the afternoon, which has been found to improve concentration and reaction time for the remainder of the day.

“People have to be a little bit smarter about this, and look at how they can get their exercise in a meaningful way that doesn’t compromise their sleep,” he said.

He stressed that one should not feel guilty about sleeping in occasionally if their body needs the additional rest.

“I think it’s because sleep is being seen historically as a lazy pursuit. But now science is showing clearly that we need to sleep, and we need to sleep more than we do,” said Swinbourne.

If you’ve had a particularly long week, take the weekends to catch up on some sleep, and you could head out to the park with the kids, for a run with the dog, or head to the gym for a late session!

Ultimately, getting a good night’s sleep every day is the key to tackling any challenges that come your way, including a tough workout. Just as Swinbourne recommends: “Aim for ten, hit nine and beat eight [hours a night]! 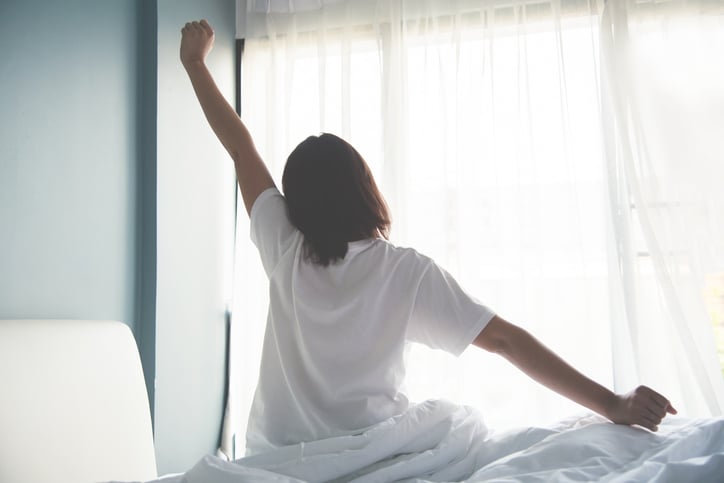 All You Need to Know to Sleep Better

The effects of ageing on sleep